“… A Leader Knows The Way, Shows The Way and Goes The Way”

Does Your Marketing & Brand Have Enough Allure?

Do You Have The Capacity To Double Your Business?

…How Will You Manage Your Team’s Lifecycles?

Managing Partner /
Senior Performance Coach
“Teamwork is the one simple word that drives the planet. From running countries, to building massive structures or exploring the heavens. For without teamwork, people are limited in their own energy and vision of the future . . . we build teams that go the distance.”
Bio Expand

Bill is a Certified Advanced Corporate Coach, which enables him to help teams efficiently design and achieve common goals.
He is also a Certified Professional Behavioral and Values Analyst, which gives him the knowledge and skills to help teams develop their internal communications processes to improve group dynamics.
Bill started in the financial services industry in 1977 when he joined New York Life Insurance Company and then EF Hutton in 1979 as a Financial Advisor, both in Colorado Springs, CO.
In 1981, EF Hutton moved Bill and his family to New York City where he led the training of new Financial Advisors and coached Branch Managers on developing trainees. From 1983 to 2004, he moved a few more times to lead offices in Hawai’i and California for EF Hutton, which later became Smith Barney. In Menlo Park, CA, Bill worked with some of the firm’s most productive advisors in Corporate Services who all functioned in teams, which is where he first learned how to develop and optimize team performance.
In 2004, Bill became the Team Consultant and Coach for the Western Division of Smith Barney, later Morgan Stanley Smith Barney, where he advised nationally on team formation and development of financial advisor and management teams.
In 2012, Bill along with partners started Team Performance Group with the purpose of helping team leaders and teams form, develop and pass on to future generations teams that perform at their best.
Bill and his wife, Linda, have been married for over 48 years, have two children and 4 grandsons, and live in the San Francisco Bay Area. When not participating in family or professional commitments, Bill enjoys cycling, competitive archery and woodworking.

TPG Strategic Partner / Performance Coach
"Greatness in our world begins with a vision; it isn’t held or controlled by one, it is shared and owned by all. When a team collaborates and shares in their vision, greatness is their legacy. It is what others marvel at and remark about. Collaboration must be practiced and never taken for granted; it is fragile and risks crumbling if ignored. Willingness to share, communicate and collaborate will drive teams into a new realm, to get them to “go the distance.”
Bio Expand

Matt is passionate about helping clients create a business culture that provides an un- paralleled service experience. Drawing upon over twenty-five years of experience in the financial services industry, Matt has been able to cull a valuable skill from his knowledge: Perspective.
After serving his country as an officer in the US Army, Matt spent his first seven years in the financial services industry as a financial advisor. Matt then served as a Morgan Stanley branch manager for 7 years, transitioning to the role of Regional Director Consulting Group at Morgan Stanley. Working for the Consulting Group for 5 years, he later moved to become an institutional sales director at PNC Bank.
Matt has been a FINRA arbitrator as well as a NASD Region 8 Alternate, striving to help all parties understand the balance between clients, advisors, and the regulatory environment. Matt completed the Certified Investment Management Analyst designation (CIMA) from the Wharton School at the University of Pennsylvania. Additionally, he completed the Applied Behavioral Finance Certificate through IMCA (Investment Management Consultants Association).
Matt met his wife Ann while attending Michigan State University and graduated with a Multi-Disciplinary degree. They reside in Metro-Detroit with their three daughters and take advantage of the outdoors by gardening, kayaking, golfing, and playing pickle ball. In winter his energy converts to squash and bowling as well as amateur theater.

TPG Consultant - Team Efficiency, Administration, Client Service Systems and Support
"If willing to work hard, we all have the ability within us to master many skills. If you coCollaborate with other people also willing to work hard, and each focus on the areas you excel, value and support each other, the group becomes one successful unit able to achieve incredible goals."
Bio Expand

Kelly serves as president and owner of KKO Communications. She is a communication, client service efficiency expert and strategic partner/consultant for TPG. Kelly began working in the financial services industry in 1986 working for firms such as Merrill Lynch, Smith Barney, and Morgan Stanley. She worked in a variety of roles such as Registered Client Service Associate, Financial Advisor, Management Sales, Recruiting, Operations and Administration. In addition to financial services, Kelly has taught at Southwestern Illinois College and also is a Certified Sign Language Interpreter. Kelly is currently focusing on educating others on how to run their business more efficiently through Time Management and Proactive Client Service Strategies & Execution Systems. Kelly resides in the Metro St. Louis area with her husband of 30+ years and her three sons.  Kelly attended Maryville University in St. Louis for Business Finance and also holds a degree in Deaf Communications.

TPG Strategic Partner /
Performance Coach
“Think of your teams the way sports managers do: No one person possesses everything required to produce success, yet everyone must excel.”
Bio Expand

Mark has spent forty two years in wealth management, four years as an advisor with E. F. Hutton and thirty eight years in management. His management career spans many different responsibilities. Seven years in running E. F. Hutton’s training and development where he rebuilt new advisor training, developed two successful management development programs and transformed the delivery of product training. He was one of two National Product Managers in Hutton’s very successful Consulting Services Department. As the chief  of staff to the President of E. F. Hutton he was responsible for the development of the firm’s strategic planning process.

Mark has spent over thirty years in the field as a regional manager, branch manager, and complex director. After many decades on “the street”, Mark felt a responsibility to give back a little of what he has received. He joins TPG to help develop the new leaders of wealth management and to become a creative disruptive force in the financial services. His objective is to make the industry a better and more fun place to work. Mark is a graduate of Georgetown University and the longest tenured member of the Board of Advisors. 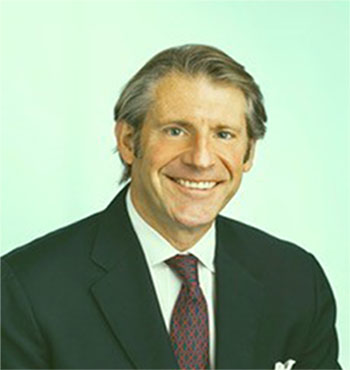 TPG Strategic Partner / Performance Coach
The great thing about the wealth management industry is the unique nature of the relationship between the advisor and client. It is the main driver of the business and it’s most interesting dynamic. The opportunity for growth and change for today’s advisor has never been greater. My role as a coach and strategy consultant is to make a difference in the outcome for my advisor clients and their teams through thoughtful guidance, structural processes and accountability. I think there are few professionals who are more interesting as people than advisors and that makes my job really enjoyable. I find that I gain as much wisdom from my clients as I ultimately provide. That creates my ability to effectively share best practices from the top advisors in the industry.
Bio Expand

Frank started a 30 + year career in the financial services industry following graduation from St Peter’s University and has served the investment community as an investment banker, producing sales manager and later branch manager, complex, district and regional director. While in production and field management, Frank specialized in helping advisors understand the needs of HNW and UHNW clients and how to work with them.

His body of work has ranged from consulting teams to individual training and coaching on practice expansion and advisor succession planning. He has worked with sole practitioners, large teams; all of whom work with diverse client segments.

Frank’s focus on growth has always been advisor centric; based on the principles of trust, competence, and reliability. His ability to understand an advisor’s unique skill set/challenges and to be relatable to them has been essential to his success. It is that mindset that Frank brings to his role as a coach.  He firmly believes that advisors are seeking a working culture of trust where all ambitions are possible.

TPG Strategic Partner /
Performance Coach
"Whether seeking growth or planning for transition, it is essential to have both your head and your house in order! In today’s industry, we must open our minds to embracing change and seeking innovative new ways of execution! We must see beyond the obvious, hear beyond the noise and think beyond traditional normalcy. We must remember that success begins with people not numbers and delivering the Ultimate Client Experience begins with delivering the Ultimate Team Experience."
Bio Expand

Sarah is described as passionate, loyal, and unique! Her motto is “have faith, have fun, and love what you do, for life is too short for anything less.” Founder of KNOW NO BOUNDS and Partner of Performance Insights, Sarah’s unique background combines the roles of business development, client service and leadership. Since 1990, her financial services career has evolved from success working with investors to developing products and programs, implementing strategies for building and leading teams, developing and delivering training and coaching initiatives, creating efficiencies and growing revenues. Drawing upon her diverse industry background, today she serves as a practice management consultant and accomplished speaker. Sarah works with clients to identify performance barriers and drive their Return-on-Decisions to elevate success and maximize performance. Fanatical about people, Sarah is a true advocate for clients, associates and shareholders. Her creativity, communication skills and passion to make a difference add something unique to the individuals, teams and organizations with whom she works. Sarah earned her degree from the E. Clairborne Robins School of Business, is a graduate of the Securities Industry Institute at the Wharton School of Business and is DISC/Work Place Motivators certified. Sarah is a co-author of Know Service and The Question and Answer Book of Money and Investing. Currently living in Williamsburg, Virginia, her passions include fishing, writing, culinary experimentation and hanging out with her Pocket Beagle and Toy Aussie Shepherds!